I recently read on the BBC news website that the younger generations are getting nostalgic earlier.  This is thought to be due to the onset of digital media where the ability to take, organise, share and carry around your entire photo library on a smartphone has transformed the way memoirs are organised.  Nostalgia then extends to physical objects portrayed in the photos and before you know it you are prowling though eBay for long lost items you used to own.

For me this has taken the form of an attempt to rebuild those models I remember most fondly from my early ‘fleet’ when I entered the hobby in my early teens.  Back then I was on a tight budget of pocket money and weekend jobs, although a lack of experience was the biggest hurdle and contributed to most of the set-backs I experienced.  My desire to ‘go it alone’ didn’t help either and my advice to anyone is to always join a club.

It began innocently enough a few months ago when I started downloading all the instruction manuals for every plane, helicopter, radio and servo I’ve ever owned.  A number of the manuals took some finding and it was typical that those I most wanted I couldn’t find anywhere.  It was then that I was very lucky to find un-built examples on eBay and before I knew it I’ve won the auctions and was the proud owner of kits I had spent hours of my youth trying to get flying.  I can’t easily describe in full how much these mean to me but while other boys were outdoors playing football, I was alone indoors pouring over advertisements and magazines carefully researching what I was going to buy; I had amassed quite a scrap book in the end.

My first helicopter was an MFA Sport 500.  Primitive by design and outdated even then but to me it was a thing of beauty.  Unfortunately the design really required a bit of helicopter experience to ensure the pitfalls of an all metal construction didn’t surface.  This machine consequently acquired a bit of a bad reputation that perhaps wasn’t really deserved.  I acquired mine right at the end of its production run and although I never actually got it into the air my poorly built example gave me a crash course in assembly and maintenance.  Now I have another and this one I intend to build more carefully. 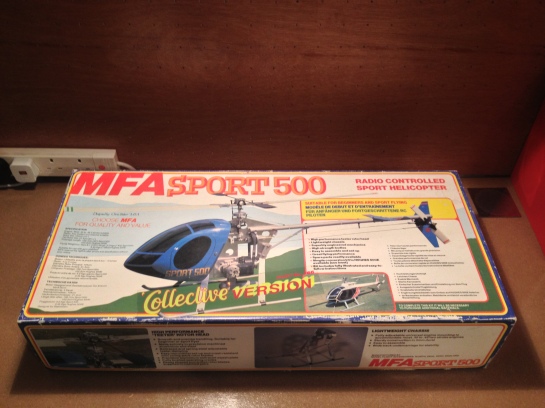 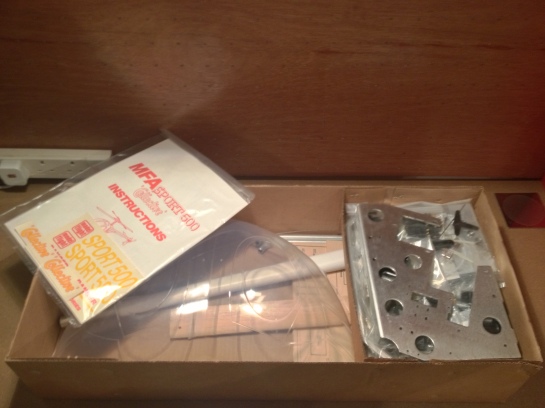 A few years later after having diverted to RC aeroplanes, a new helicopter appeared on the market that combined the modern all-plastic construction with a reasonable price tag.  More importantly it was able to use my standard aeroplane radio.  A bit of research later and I’d purchased a Century Hawk MK 1.  After the Sport 500, this machine was a revelation and it even came part built.  I learnt to fly circuits on this machine and finally laid it to rest following an over ambitious auto-rotation that ended in a nasty boom-strike.  I was unable to find the MK 1 manual online and checked eBay only to find an un-built boxed example exactly like I remembered it!  The number of manufacturer’s and helicopters on the market has changed since I left the hobby in 2005 but its pleasing to see the Hawk has stood the test of time and is still in production at MK IV spec. 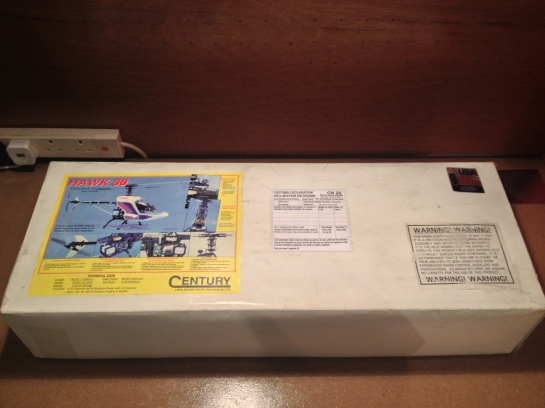 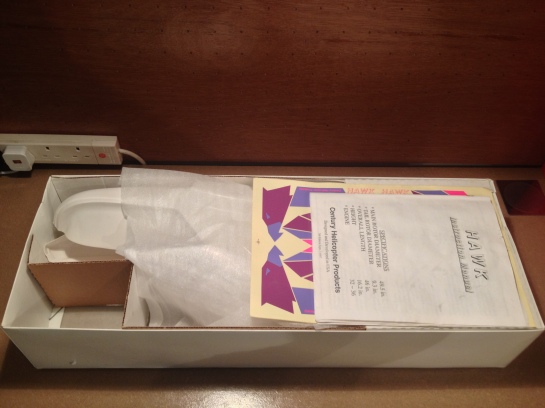 I’ll leave for now with pictures of my new purchases and will report on the building later.