I first saw a radio controlled model aeroplane parked on top of the wardrobe at my Great Uncle David’s house in Edinburgh.  Further exploration revealed aircraft were hiding all over the house and many were as long as I was tall.  As a practicing doctor and researcher at the university he really did not have the time to answer all the 1001 questions that an over-active 8 year old with an aeroplane obsession bombarded him with.  However the bug had bitten and I would go on to talk about nothing else for many years.

Around this time we had close family friends and used to visit them every few months.  One of their two sons was close to my age and the other closer to my sister. Visiting them would entail a long car journey and sometimes even the ferry if we or they were stationed overseas (both families were in the forces at the time).  To this day I suffer from motion sickness, but back then when 5 minutes seemed to last an hour it was close to unbearable. It was worth it however as the two brothers had the coolest toys, the latest computers and a whole room full of completed ‘Airfix’ plastic model aeroplanes.

On one journey when they were stationed in RAF Waddington I found on their shelves two amazing new toys, a pair of ‘Keil-Kraft’ balsa wood model aeroplanes.  One, the Cadet, a beautiful glider, the other, the Eaglet, a rubber powered high-wing cabin type.  Like the airfix kits, the bother’s father was the builder.  It was a shame as they never developed much interest in aviation.  My absolute obsession with these models was such that I spent hours just test gliding them across the bedroom exploring how they flew and what adjustments impacted on the (very!) short flight path onto the bed.  Naturally again came 1001 questions and I soon found out model aeroplanes that could fly weren’t just big expensive radio controlled aircraft but came in small relatively inexpensive versions within reach of my pocket money. 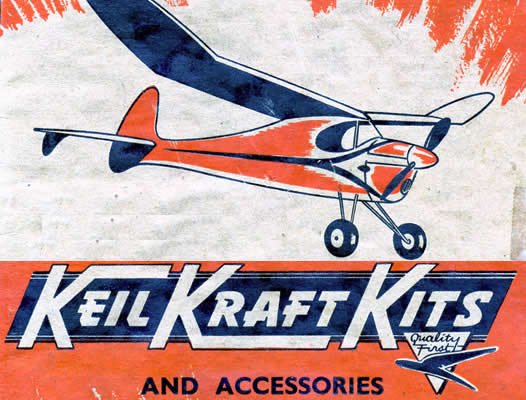 Catching the ‘tail-end’ of the traditional model aviation hobby as a child meant that finding kits like these became harder and harder for me. A different story now as there is a burgeoning online market in vintage and replicate kits.

My first attempts at model aircraft, both plastic and balsa were not exactly successful.  Having an obsession that was several generations out of date and that no one else shared meant I didn’t have any friends with which to share ideas and skills.  I was also reclusive and would spend a lot of my time researching aircraft and what I was going to purchase next.  With parents not online this meant school lunch breaks were spent in the local library with its limited resources.  With a strict pocket money determined budget it would take me a while to save up enough pocket money for each tin of paint or glue let alone an actual model.  I therefore wanted to ensure that I made the correct purchase.  Unfortunately impatience and frustration would take over and in an effort to finish a model I would ‘substitute’ with often undesirable results.  However my repertoire of model making skills steadily increased and I would later come to value this.